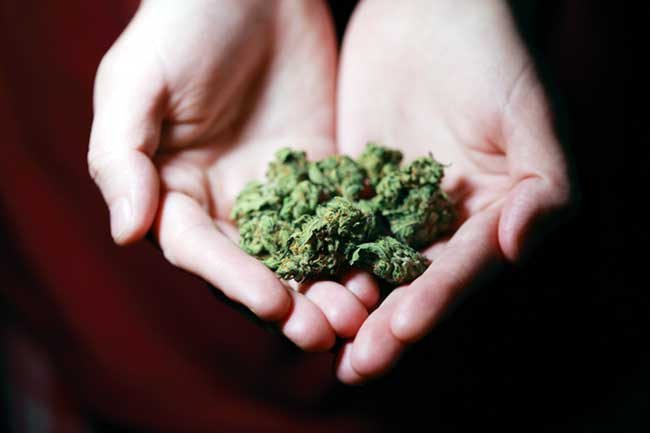 On Thursday, May 20, Governor Jared Polis signed a new bill into law. With the stroke of a pen, he doubled the legal cannabis possession limits for adults. The law took effect immediately. What’s more, he paved the way for Coloradans convicted of cannabis crimes to seal their records from background checks.

Below, we’ll delve into the details of Colorado’s new cannabis policy.

While Governor Polis’ signature may have officially made this new bill into law, its story doesn’t start there. In fact, it traces its origins back to February of this year.

Colorado lawmakers Representative Alex Valdez and Senator Julie Gonzales introduced the new bill, known as HB21-1090 on February 16, 2021. It spent the next three months passing through various committees before finally reaching Governor Polis’ desk on May 11.

Aside from Representative Valdez and Senator Gonzales, HB21-1090 enjoyed support from several organizations. They include groups like the ACLU of Colorado, Colorado Cannabis Manufacturer’s Association, and the Black, Brown, and Red Badge Coalition. Several dispensaries also lobbied for the bill, including Native Roots, Kind Colorado, and Terrapin Care Station.

According to HB21-1090, Colorado adults age 21 or over may now legally possess up to 2 ounces of cannabis or less. Previously, if an adult possessed more than one ounce but less than two ounces, they were subject to a $100 fine. In addition, their criminal records would show conviction of a petty offence. Colorado residents below age 21 still may not legally possess recreational cannabis.

This change was one of the most significant improvements to date on Amendment 64, which legalized cannabis in Colorado. The amendment, passed in 2012, made Colorado the first state in the US to protect its citizens’ rights to recreational cannabis.

However, if a Coloradan possesses more than 2 ounces of cannabis, authorities may charge them with an offence. Possession of 2 ounces or more results in a misdemeanor charge. If convicted, the offender may face up to 12 years in prison and $700 in fines.

The law makes no changes to current growing limits in Colorado. That’s still restricted to 6 plants per person (3 mature), with a household maximum of 12 plants per person (6 mature). Unfortunately, those regulations aren’t likely to change any time soon.

What does that mean, exactly? Specifically, the new law changes the way citizens with prior cannabis convictions can seal their prior records.

Now, Coloradans with prior cannabis convictions may seal their records of those convictions without notifying their prosecuting attorney. As a result, sealing these records is much faster and cheaper than before. This increases access to record sealing to underprivileged offenders, who need help the most.

Why does that change matter? Criminal convictions – including those for nonviolent cannabis crimes – can seriously infringe on a citizens’ rights. Prior criminal convictions can make it difficult to apply for jobs and public assistance.

Possession limits aside, this change is a more significant effect of HB21-1090. While recreational legalization has been a boon for the state’s economy and citizens, many who have already suffered from the results of cannabis prohibition languish in the shadows. This law helps those people get back on an even footing with those who use recreational cannabis legally every day.

This is one of the most direct attempts that Colorado’s executive branch has taken to assist citizens convicted of previous marijuana crimes since last year. In 2020, Governor Polis granted clemency to nearly 3,000 Coloradans convicted of nonviolent cannabis crimes.

While Governor Polis’ signature significantly changed possession limits for recreational cannabis users in Colorado, it didn’t do the same for medical patients. That’s because medical patients could already possess up to 2 ounces of cannabis flower legally.

However, medical patients still have several advantages over rec users. For one, they have access to strains and products that rec users don’t. And medical patients also don’t need to worry about Colorado’s cannabis tax. That’s significant since taxes can reach up to 30 percent in some jurisdictions.

Simply schedule an appointment on our website to speak with one of our qualified healthcare professionals. Don’t want to stop by in-person? No worries. We value our clients’ safety and offer telehealth appointments online.