Currently, there are 118 stores that sell medical marijuana and the Colorado Springs Cannabis Association (CSCA) pleads that such a measure would “destroy the existing medical marijuana business model, and put in grave risk over 80% of our current businesses and employees.”

The city proposed that the 24 dispensaries would be chosen by a lottery in an attempt to make a fair decision The remaining 94 stores could remain open as medical dispensaries, but there are fears the addition of recreational dispensaries in the market could lead to decreased business and risk of closures. The measure would also allow recreational cannabis shops to open and operate with the city limits, but city council didn’t show enough support to take the measure to the November 3rd ballot (5 votes were needed but not achieved).

The new proposed measure is backed by concerns that without regulation, the amount of access to cannabis products could pose several problems. The United States Space Command is considering Colorado Springs as a candidate for their permanent home but will likely weigh the city’s drug laws in their decision-making process.

Others worry that increased recreational marijuana in Colorado Springs will require more police support than is available, meaning that incidents could occur without response or enforcement. There is proof of a lack of confidence in the numbers as forecasted tax revenues aren’t enticing council members at this time.

Councilman Dave Geislinger says that recreational supporters should be petitioning voters to add the measure to the ballot, stating that “the culture war is not going to get resolved in Colorado Springs City Council.”

On the other side of the argument, medical marijuana stores fear that their businesses will be placed in jeopardy and that their medical buyers and patients will potentially make the switch to recreational marijuana in Colorado Springs simply for the convenience. On the buyer’s end, it’s about getting the products they need, but for the businesses sitting in hot water, it’s about survival.

Many medical marijuana businesses feel that the difficult process to change their licenses to recreational is unfair, and there is significant favor given to the few who are awarded recreational licenses.

Medical Alternatives Clinic believes that you deserve to have the right information to help you make informed decisions about the use of medical and recreational marijuana in Colorado Springs, and we are committed to bringing you the truth. Our goal is to help guide you and provide support throughout your cannabis journey so that you always have what you need. We treat our customers with both respect and compassion and give our all to ensure that your evaluation and consultation are tailored to your specific needs. Medical cannabis products should be enjoyed and provide relief from mental and physical pain. To learn more about our medical marijuana products and define the best solutions for you, call us today at (719) 246-0393 or set an appointment where we can make sure you get the attention you need. 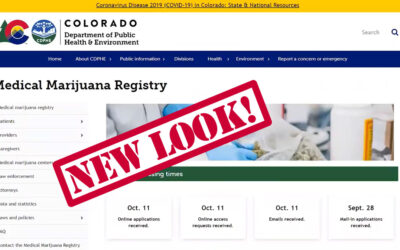