The benefits of medical marijuana used to treat the intrusive effects of epilepsy received wide acclaim in recent years and since has spawned legislation nationwide advocating and decriminalizing medical marijuana.

After using a strain of cannabis now called Charlotte’s Web to treat their young daughter’s severe epilepsy, the Figi family reported that her debilitating seizures decrease in frequency from 300 a week to just four a month. The effect was so dramatic that the strain was named after their daughter, Charlotte, and is now widely used to treat epilepsy. Charlotte Figi developed Dravet Syndrome (severe myoclonic epilepsy in infants) as a baby. Today, her treatment regimen involves a solution of the high-CBD cannabis extract in olive oil applied under her tongue and in her food.

As opposed to the stereotypical effects of marijuana, the lesser known strain of the plant known as CBD (cannabidiol) does not induce the psychoactive effects that the well-known THC (tetrahydrocannabinol) strain awakens. Charlotte’s Web is rich with CBD, and practically absent THC. Without the mind altering side-effects of THC laden strains, Charlotte’s Web is the perfect treatment for epileptic patients. It is this fact about the strain that is changing the way medical professionals view the medical benefits of marijuana.

Today medical researchers are conducting studies all over to prove the legitimacy of MMJ for epilepsy and other medical conditions. If government agencies employ common sense and remove the politics of MMJ use when reading the empirical evidence of MMJ’s use to treat epilepsy, this low-risk side-effect, non-mind altering strain can increase the well-being and quality of life for patients nationwide. Charlotte’s case is a prime example of this. She can now live life as a little girl exploring the wonders of the world youth offers without disruptive and intrusive seizures, thanks to MMJ.

Traditional first-line therapeutic medications use to treat epileptic seizures come with dangerous side-effects ranging from suicidal ideation and depression to serious and fatal skin reactions. Some medications can cause kidney stones, liver damage, birth defects, tremors, and a host of other problems. MMJ strains, like Charlotte’s Web, used to treat seizures have little to no known side-effects. Some may experience “wakefulness” which can keep you awake for hours if taken before bedtime. Thus far, the long-term effects are not known, but at first glance documented treatment studies report that the benefits of CBD heavy strains far outweigh any negative side-effects.

Contact Medical Alternatives Clinics to learn more about the amazing and life changing benefits of MMJ for epilepsy today! 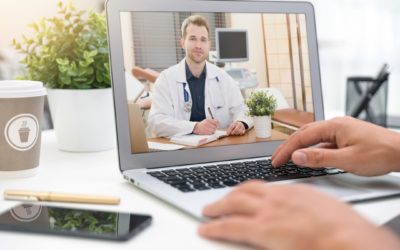