A Brief History of Hemp in America 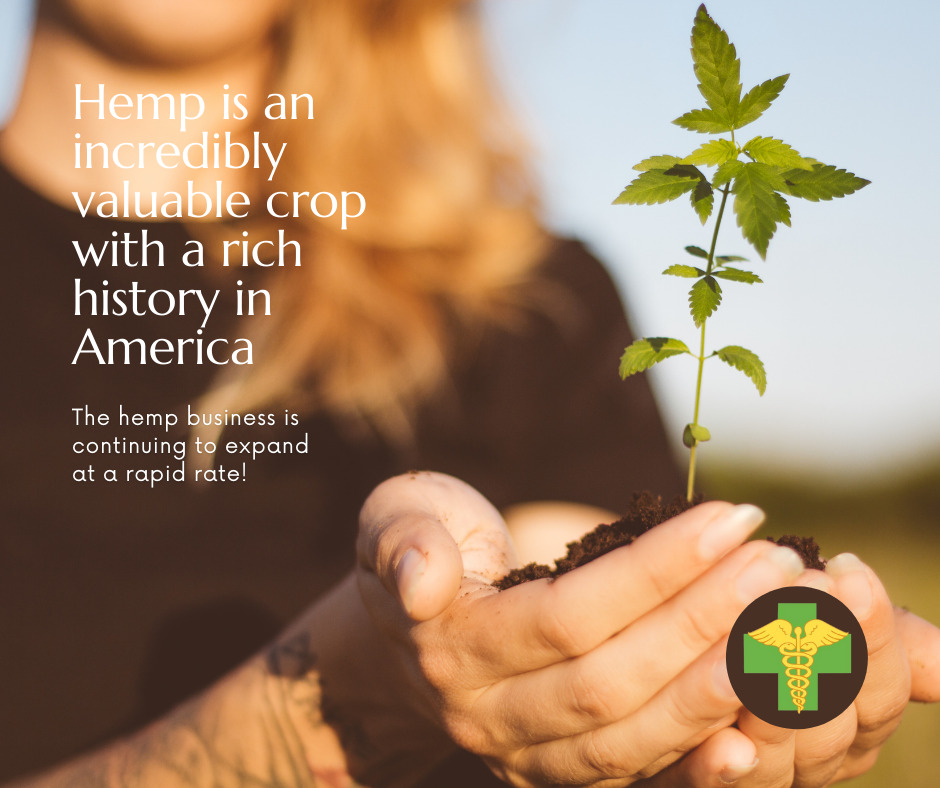 Are you aware that hemp has been a part of American history for centuries? North America was initially introduced to hemp in the early 1600s, and farmers in the United States grew it as a staple crop.

However, in 1937 the Marijuana Tax Act placed a tax on all cannabis sales (including hemp), heavily discouraging the production of this versatile plant. If you want to learn more about how hemp shaped the growth of America, this article will explore the brief history of hemp in America and discuss why it is such an important crop for America.

Hemp is a plant that is a form of cannabis. Though it comes from the cannabis family, hemp has much lower tetrahydrocannabinol (THC) levels, the compound responsible for the feelings of euphoria often associated with marijuana.

Hemp crops are utilized for making various products, including paper, food, biodegradable plastics, construction materials, and fuel. It is an incredibly versatile crop that has been used for centuries all over the world. It is also used to extract hemp oil and cannabidiol (CBD), two widely used substances known for potential medicinal effects.

North America was introduced to hemp in 1606, and there are even accounts of Jamestown settlers planting it in 1616.

Hemp has been part of American history for centuries, and it was an essential crop for our founding fathers. In fact, George Washington grew hemp on his estate, and it was even mandatory for farmers to grow it in some places.

In the early 1900s, hemp was widely used across multiple industries. For example, it was a popular material for making paper and textiles, and Americans also used it to make ropes. Although it was used for so many different purposes, in 1937, Congress passed the Marijuana Tax Act, which heavily discouraged hemp production by taxing all sales.

In Canada, hemp has been grown since 1998, and the country is a leading producer of hemp.

The Current State of Hemp

When hemp was legalized and permitted, the industry exploded. Now, the hemp business is continuing to expand at a rapid rate. In addition, CBD oil and hemp-based goods have increased in popularity over the last several years due to their potential medical advantages and applications.

Hemp has incredible possibilities to help our environment and economy, and it is an essential crop necessary for the growth of America. Furthermore, legalizing hemp will create jobs and economic opportunities for farmers.

Hemp is an incredibly valuable crop with a rich history in America. Though it was discouraged for many years, the legalization of hemp will allow for its widespread use and bring significant benefits. Hemp is an important crop, and as we learn more about it, we will continue to explore and discover its potential applications and advantages.