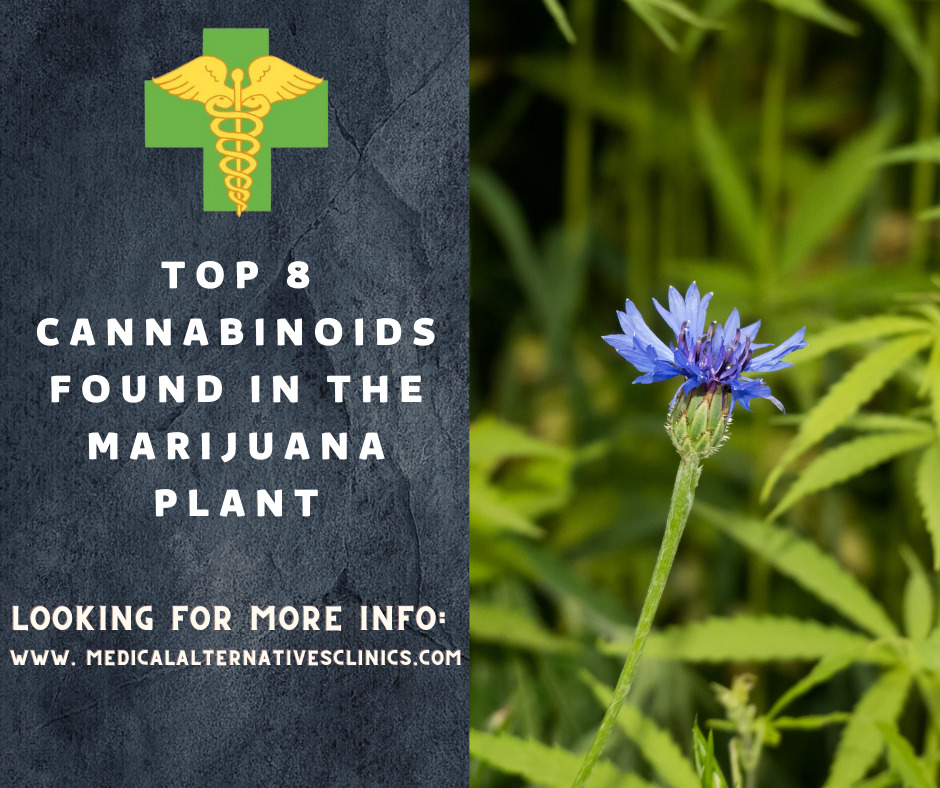 Cannabinoids are naturally occurring compounds produced by the cannabis plant that act on the cannabinoid receptors in the endocannabinoid system to cause drug-like effects all through the body. There are a variety of cannabinoids found in the marijuana plant. Most of them are found in cannabis products at low levels, making it hard to be detected. The main point is that there are many.

Below are some of the major Cannabinoids scientists have found in the cannabis plant and their effects.

THC is the most common cannabinoid of all. It is the compound responsible for the ‘high’ feeling. THC joins with CB1 in the brain, releasing neurotransmitters that bring about relaxation and euphoria associated with marijuana.

Abbreviated as CBD, cannabidiol is the second best-known cannabinoid in the cannabis plant. CBD is known to increase the level of endocannabinoids in the body and does not directly bind to the CB1 receptors, implying that consumers don’t experience the same intoxicating effects as with THC. CBD interacts with brain cells to potentially manage pain and control behavior. Note that CBD does not cause a psychoactive effect.

THCV has the same molecular structure as delta-9- THC, but it has fewer carbon atoms. It possesses possible intoxicating effects, but the concentration is so low that you don’t get high. The substance is known to act as an agonist to several THC’s effects in little amount, but potentially makes them noticeable in larger consumption. If you use products with high levels of THCV, you may have a clear-headed hallucinogenic high that does not last long but gives you a burst of energy.

CBDV has a similar molecular structure to CBD and does not cause a psychoactive effect. It is believed to calm hyperactivity in the brain by activating an ion channel in the central and peripheral nervous systems. CBDV plays a role in the transmission and modulation of pain. Products with a high concentration of CBD will have higher levels of CBDV. One of the potential benefits of CBDV is the treatment of epilepsy.

CBG is contestably one of the two most prominent cannabinoids of all. It is the chemical parent of CBD and THC. In simple terms, both compounds start as CBG and wouldn’t exist without it. CBG has potential therapeutic effects, and it is commonly known as the building block of other cannabinoids.

CBC has a similar molecular formula to CBD and THC, but the chemical properties and atoms are different. It works well when combined with other cannabinoids in what is known as the ‘entourage effect.’ Many cannabis strains contains more CBC than CBD. CBC possibly helps in new cell growth.

Cannabinol is a compound produced when the cannabis plant’s THC breakdown due to exposure to sunlight or age. When consumed, CBN gives you a sedative effect that makes it a potential treatment for insomnia. It is a slightly intoxicating cannabinoid linked with the management of pain when combined with THC. CBN is not naturally produced in the marijuana plant; instead, it is a result of the degradation of THC.

Tetrahydrocannabinol acid, cannabidiolic acid, and cannabigerolic acid are cannabinoids found in only raw and live cannabis. They are non-intoxicating. They are acidic and become non-acidic when exposed to heat or oxidation degradation. The three cannabinoids have potential health benefits.

Each of the cannabinoids can have different effects and can be used for different treatments. We suggest that you pay attention to the percentage of each compound in a product to help you know what it can be used for and help you better understand the impact it will have on you.