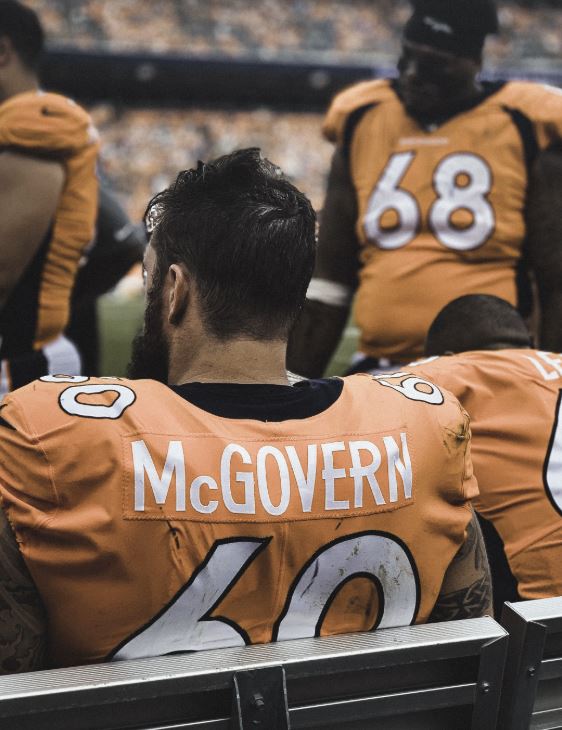 Until now, football and cannabis haven’t exactly been two things that should mix from a player’s standpoint, but two-time Super Bowl champion Terrell Davis has a solution that could have a dramatic effect on player performance. Davis started a CBD company last year that focuses on producing CBD-infused sports performance drinks, and he’s hoping the NFL will embrace the concept on the sidelines and beyond.

Davis first used CBD after a workout in 2017 and knew right away that there was an untapped solution to provide faster recovery and better focus to players both on and off the field. Launched in Denver, his brand is called DEFY and specializes in producing sports drinks built specifically for hard-training athletes.

The drinks are CBD infused but contain zero THC making them the perfect drink for training or in the midst of an important game. DEFY also makes muscle balm and oil that can provide the same effects post-workout or post-game.

Davis says the idea behind DEFY was to create a product that focused on better performance and allowed players to recover faster and give their best effort while remaining pain-free on the field. Without THC, the drink enables athletes to stay focused and keep their heads in the game. His plan is to see his CBD sports drink approved by the NFL in the future.

Beau Wehrle was the one to give Davis the CBD bug after recommending it for pain and inflammation. Davis began using CBD over the course of a month and started to see considerable results in his training. Less swelling, faster repetitions, and less downtime after workouts showed him that the positive effects of using CBD during training could lead to significant benefits for other athletes as well.

With less pain and inflammation, athletes could play longer, harder, and better without burning out and letting muscle recovery take away from their performance. Since he started using CBD, Davis says he’s only had one migraine – something he used to endure more often before.

Like many athletes, Davis was used to taking prescription anti-inflammatory drugs to try to combat the pain and restriction effects that tough training would take on his body. Now those drugs stay behind the counter as the CBD solution has proved its value.

What Are Athletes Saying About CBD?

With further research and development taking place over the last few years, more athletes are jumping on the CBD train and joining forces with multiple brands that hope to see CBD used more commonly in the sports industry. Like Davis, they understand that the benefits of using CBD pre-workout can have a dramatic effect on performance and focus, and when added as a recovery supplement can reduce pain and inflammation drastically.

Many professional athletes have reported benefits with regular use, including UFC fighter Nate Diaz who says that his healing process has improved, and inflammation has been reduced thanks to the natural qualities of CBD. PGA golfer Bubba Watson also says that he has personally felt the benefits of CBD products.

Medical Alternatives Clinic Can Help You

It’s tough to say whether we’ll see a CBD sports drink NFL approved in the near future, but Medical Alternatives Clinic can help you gain access to the medical cannabis to assist in managing your qualifying condition. Set an appointment to discuss your medical marijuana needs and we’ll provide you with a customized evaluation.