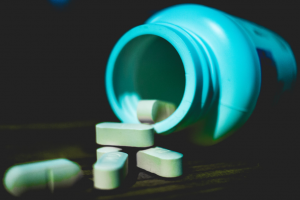 There is no denying America is currently struggling with an opioid epidemic which has been described as “the worst self-inflicted epidemic in the history of our country,” but research shows there is hope in the midst of the problem, and it comes from medical marijuana. Studies published in the journal JAMA Internal Medicine suggest that legalizing marijuana could help turn the tide of the world’s worst opioid epidemic, as medical marijuana can be used to treat many health issues currently treated with opioids without the negative side effects of chronic opioid usage.

University of Georgia Professor David Bradford, a lead author of one recent study showing that states with laws allowing medical marijuana have seen significant drops in prescription opioids, stated ‘cannabis clearly has medical applications’ and that there’s good reason to be hopeful that cannabis might be one tool out of many we could use to address the opioid epidemic.’

Melissa Moore, New York deputy state director for the Drug Policy Alliance, noted a growing body of scientific literature suggests access to legal medical marijuana can result in the use of opioids in general, and a drop in opioid related overdose deaths. CNN recently reported opioid overdose has been implicated in over 500,000 deaths since 2000, with more than 42,000 Americans dying per year from opioid overdose according to the US Centers for Disease Control and Prevention. Clearly, we are a country in crisis.

In a May 2018 publication Marijuana as Medicine, The National Institute on Drug Abuse stated that although the FDA has not yet approved marijuana as medicine, scientific study of cannabinoids, the chemicals in marijuana, has led to two FDA-approved medications containing cannabinoid chemicals in pill form. The publication went on to state that recent animal studies have shown marijuana extracts may help kill certain cancer cells and reduce the size of others.

Conditions for which opioids are typically prescribed include chronic pain, something marijuana has been proven to alleviate, both in studies and via anecdotal evidence. Further clinical studies need to be conducted to determine the viability of using marijuana as medicine, but the tide of public opinion appears to be turning.

If you have questions about how medical marijuana may help you conquer opioid issues, contact Medical Alternatives Clinic today at (719) 246-0393 in Colorado Springs, or email us at hello@medicalalternativesclinics.com with your questions, or to set up an appointment. We are your first choice for MMJ/Medical Marijuana Doctors in Colorado Springs, here to assist you in any way we can. We are happy to provide you with copies of any paperwork necessary for your records.