How Medical Marijuana Can Treat PTSD 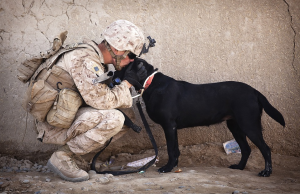 Post-traumatic stress disorder (PTSD) is defined as severe anxiety that results from exposure to events that may cause severe psychological trauma. For those suffering from PTSD, treating it can often be difficult mainly because each case is very much dependent on what the individual has experienced and what the level of psychological trauma is.

Symptoms of PTSD are wide and varied based on individual cases but some of the common ones can include re-experiencing or onslaught of intrusive memories (which includes flashbacks or nightmares of the traumatic event), avoidance of locations, people or anything that could potentially bring back those feelings, extreme changes in moods, thoughts, and attitude as well as extreme physical or emotional reactions to triggers.

According to the Anxiety and Depression Association of America, PTSD affects almost eight million Americans. Though PTSD’s effect is unfortunately vast and wide, it is especially common among veterans. Generally, treatments of PTSD revolve around a combination of psychotherapy and medication. However, one common treatment that has seen success across mild and severe cases is the use of medical marijuana to control symptoms and episodes of PTSD.

With any treatment, the effects are largely based on the individual themselves, but there is indeed support that medical marijuana is worth trying as part of a treatment plan. Studies have demonstrated that the cannabinoid system and memory have an extremely strong connection.More specifically, it is tied to the extinction of memory – an integral component that PTSD treatment aims to accomplish.

Veterans for Medical Cannabis state that medical marijuana’s ability to potentially extinguish traumatic memories is incredibly important for preserving long-term mental health in patients suffering from PTSD. Medical marijuana could “help patients reduce their association between stimuli (perhaps loud noises or stress) and the traumatic situations in their past,” according to the article.

The first recommendation is to start using oral cannabis for stable blood level production, especially right before bed in order to encourage normal sleeping patterns and lowering overall anxiety and stress levels. The article goes on to state that this might change depending on the end of goal of cannabis usage for PTSD. For example, if cannabis being used to extinguish traumatic memories, the dosage might vary. Low to moderate doses might be needed before exposure to the trigger over repeated sessions in order to see the best results.

Continue to monitor stress and anxiety blood levels in order to fully decide whether to continue with medical marijuana. It is important to note that much of the evidence is anecdotal, and there have not been a sufficient number of trials and experiments conducted to truly establish medical marijuana as a sole treatment plan. Instead, it is better to work with a mental health professional to see if this is a viable option.

The Virginia Department of Defense currently recommends that treatment provider should not “ignore marijuana use in their PTSD patients” and that instead, recommendations should include a combination of “evidence-based treatments” concurrently based on the individual and their previous history.

Perhaps it is best to consider including medical marijuana as a part of a plan that includes psychotherapy and medication and evaluate accordingly before making any decisions. Again, it is important to note that this recommendation will vary based on individual cases, so it is vital to consult with a medical professional before doing so.

If you would like to learn more and speak with our doctors about medical marijuana treatment for PTSD, or schedule your medical marijuana evaluation in Colorado Springs or Pueblo, please call Medical Alternatives Clinics (719) 246-0393 or email hello@medicalalternativesclinics.com 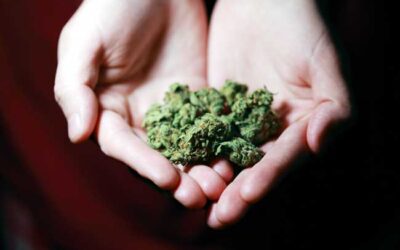