In Colorado the New Year represents the power of a people through democracy as the legalization of recreational use and sale of marijuana at licensed stores for those over 21 years of age took effect via Amendment 64. The rest of the U.S. took notice as media across the wires reported on record sales and complex rules and regulations of its consumption. Advocates and protesters continue to weigh in on this revolutionary movement while estimated revenues are expected to reach nearly $400 million this year.

As expectations of recreation med weed sales continue to be reported; fiscal year 2013 showed its counterpart- per se, medical marijuana sales of over $300 million which is said to be a conservative number.
The legalization marijuana’s rec use doesn’t change its medically prescribed use as many cities throughout Colorado have banned pot shops, including Colorado Springs. But, doctors understand the medical need for medical marijuana and the vital benefits it offers. MMJ is prescribed by doctors to patients who suffer from cancer, glaucoma, HIV/AIDS positive, cachexia; severe pain; severe nausea; seizures, to include those that are characteristic of epilepsy; or persistent muscle spasms, and multiple sclerosis. There are other conditions that are subject to approval by the Colorado Board of Health for prescription.

With the year just beginning, Coloradans will continue to lead the way in the MMJ crusade with a long list of medical doctors who recognize the positive effects MMJ has on chronic pain and disease sufferers. Finding the best medical alternatives doctors Colorado Springs offers is your first step to relieving symptoms and enjoying quality of life.
Medical Alternatives Clinic and Dr. Bruce Reimers provides guidance within a professional atmosphere and offers proper diagnosis to ensure patients are content in their decision to use MMJ for their ails.
The pros and cons of weed sales and happenings will continue to make national headlines; while in the meantime, the MMJ movement prevails in the lives of those who need it most.

The information is available by the Colorado Department of Public Health and Environment at http://www.colorado.gov and CNN here: http://www.cnn.com/2014/01/02/recreational-marijuana-is-legal-in-colorado 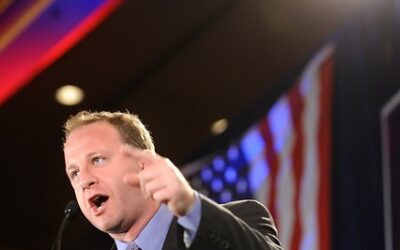